The fascial element in Osteopathic practice 1 – part one

Fascia in osteopathic history
Since the foundation of osteopathy, the fascia has been proposed as a fundamental tissue to be assessed and treated to achieve the most desirable clinical outcomes (Lee, 2006). Even the philosophy of osteopathy is based on the fascia, considered as the source of the body’s healing properties, the matrix of life, from where the power for conception and growth is taken; but also as the cause of various deathful processes (such as smallpox, measles, tuberculosis), by which failure “we shrink, or swell and die” (Still, 1899A). And it is probably due to its double nature as the source of life and death that the fascia was referred to by A.T. Still as the dwelling place of our spiritual being. The importance of the fascia for the venous flow was intuitively highlighted by Still in more than one statement: the ability of fascia to contract was implicitly considered as a possible contributor to the pumping mechanism for the venous return (Still, 1899B). Even Still’s students continued to propose the fascia as a fundamental excretory system, rich in lymphatic vessels, to be addressed to remove metabolic and inflammatory wastes to help out in various respiratory tract infections and not only (Hazzard, 1905).

Different osteopathic models and theories connected to the fascia
Furthermore, due to its nerve supply and to the possibility that nerves may get inflamed, fascia was already considered as a possible source of pain in various musculoskeletal conditions more than 100 years ago.

In other terms, Still’s concept of fascia created the basis for the expansion of our understanding of this tissue. In the ’80s two main osteopathic models arouse: firstly the biomechanical model of Ward that emphasized the muscular-fascial relationship and their interdependent neural influences, developing Myofascial Release and Integrated Neuromusculoskeletal Release techniques (Ward, 2003); secondly the fascial continuum model of the big bandage of Chila that was based on the integrity of the fascial continuum, proposing Fascial Release and Fascial Ligamentous Release techniques (Chila, 2006).

From those mechanical models, we had the gradual shift towards connective tissue models: an increased interest in inherent motions of connective tissues, in vibratory changes across them, including the bioenergy discussions of Sutherland, Becker, and Fulford, up to Sutherland’s model of cranial and BLT treatment (Sutherland, 1998) and the Fulford’s vibratory model (Fulford and Stone, 1997) started to emerge. Almost in the same period, the respiratory-circulatory osteopathic model was proposed by Zink and Lawson (1979), implying the opening of fascial pathways as well as the assessment of compensated and uncompensated fascial patterns.

In addition, Dr. Frymann’s recommendation to use fascia as primary tissue to unwind any traumatic force imposed in the organism (Frymann, 1998) shouldn’t be forgotten. Finally, O’Connell’s bioenergetic model considered the bioresponsive electric potentials of the fascia as being assessed and treated holographically via intention, attention, and activation processes (O’Connell, 2000). 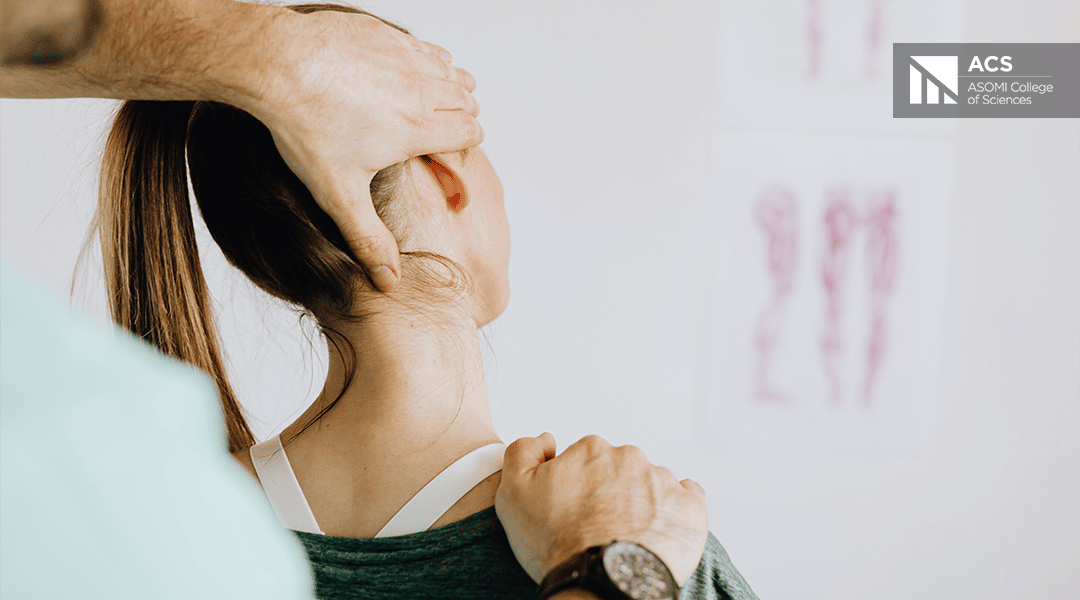 Fascia in osteopathic dysfunction
As osteopaths, we are primarily aimed to identify and resolve somatic dysfunction, defined also as an altered myofascial function (E.C.O.P., 2006). As we know, the observational and palpator features of a somatic dysfunction include tissue texture change, functional asymmetry, restriction of motion, and tenderness to palpation (Greenman, 1989). Presumably, the repercussion of any fascial restriction may be body-wide, potentially creating stress on any structures enveloped by the fascia itself, so requiring progressive body adaptation at a local and global level. However, as osteopaths, we all have been used to interpret somatic dysfunction under the light of the nociceptive model, as the result of neurogenic inflammation, leading to peripheral and central sensitization, including the facilitation of the correspondent spinal levels (Van Buskirk, 1990).

Somatic dysfunction as an entirely fasciagenic phenomenon
Instead, what if somatic dysfunction may partially or entirely by a fasciagenic phenomenon? In fact, at both molecular and macroscopic levels, collagen is deposited along lines of tension imposed in the organism by mechanical forces acting upon the connective tissue (Sasaki, Odajima, 1996) such as during postures and movements. However, in the case of functional strains, a series of fibroblast-mediated mechanisms may take place: mechanochemical transduction, modulation of gene expression, inflammatory and collagenous remodeling processes (Langevin, 2006).

This cascade of events may lead to fibrous infiltration and cross-links between collagen fibers right at the nodal points of fascial bands (Swartz et al, 2001), possibly accounting for some features of somatic dysfunction such as tissue texture change and restriction of motion. There is also evidence that the fascia may contract in a smooth-like manner, thanks to the presence of smooth muscle cells found in fascial tissue and the ability of myofibroblast to contract via smooth-muscle actin (Hinz et al, 2004).

It should be noted that fascial tension may be regulated via ANS activity too, independent muscular tonus, due to the interaction of ANS fibers and smooth muscle cells found in the fascia (Staubesand and Li, 1996). Fascial tone may be also altered by elevated pH levels, producing a contraction and even a spasm of interfacial smooth muscle cells (Schleip, 2013). This condition may occur about respiratory alkalosis resulting from a breathing pattern disorder (Lum, 1987) leading to profound vascular implications (Nakao et al, 1997). Conversely, a more acidic environment seems to exert a modulating action on connective tissue cells’ metabolism (Ohshima and Urban, 1992) as well as on the balance between synthesis and degradation of the matrix (Melrose and Ghosh, 1988). In addition, some dysfunctional features may be related to changes in tissue viscoelastic properties due to a transformation of the colloidal consistency of the ground substance into a more solid-state (Cummings and Tilman, 1992).

A US study of the superficial and deep thoracolumbar fascia showed a 25% greater perimuscular connective tissue thickness in people with LBP together with a reduced fascial tissue motion in respect to the pain-free control group (Langevin, 2009). Another phenomenon may account for some changes in fascial strained tissue: a super-compensation effect.

This was found in animal fascial tissue in vitro to which it was applied a sustained static stretch for 15 minutes: during the stretch, an extrusion of water with a temporary reduction of stiffness was observed, while following the stretch a super-compensation effect was found by enhanced matrix hydration (Schleip et al, 2012.).

Probably, a similar phenomenon also occurs in dysfunctional fascial tissue which might account for some of its features. Finally, epigenetic changes, including DNA and histone methylation, might cause a stable fibroblast activation, capable of altering immune function, thus producing inflammatory responses that may underlie the development of fascial dysfunction and chronic connective tissue diseases (Ospelt et al, 2011).

Conclusively
In conclusion, the entire fascia-related factors may play a role in the genesis and maintenance of somatic dysfunction and of some of its features, that are surely related but not limited to neural influences. The fascia is well innervated especially by afferent free nerve endings, including nociceptive ones (Yahia et al, 1992). Irritation of these fibers is capable of initiating the release of neuropeptides, eventually from setting up a neurogenic inflammation, peripheral and central sensitization, to altering the texture of surrounding connective tissue via the interaction of fibroblast and immune cells (Levine et al, 1993).

Even the epineurium and perineurium, the fascia of the nerves, are innervated by nerve nervorum, which can, in turn, generate neurogenic inflammation and cause normal-and trunk pain (Bove, 2008). SNS fibers may also play a role in the modulation of pain in the connective tissue by activating primary afferent fibers in the fascial tissue (Roberts and Kramis, 1990). Consequently, the entirety of these events may lead to altered mechanoreceptor feedback (Panjabi, 2006) followed by further connective tissue alterations, neural adaptation, involvement of higher centers, including endocrine and autonomic pathways, up to the influence on somatosensory and cognitive/affective areas of the brain (Cortelli et al, 2013). This process may explain several local, segmental and global effects of somatic dysfunction in the fascial tissue.

Click here for the second part of the article and the bibliography.