by Gerald Lamb DO, BSc (Hons)
ASOMI College of Sciences is engaged in health and, especially osteopathy. Therefore, ACS recommends this adaptation from Gerald Lamb’s paper on Specific Adjustment Technique (SAT). This is the first, and the introductory part of the article. Click here for the second part. The origins of SAT The term Specific Adjusting Technique is unique to osteopaths Parnall Bradbury and Tom Dummer (onetime principle of the European School of Osteopathy in Maidstone  Kent). It refers to the mobilization of spinal segments one at a time and only one per treatment session and is especially effective in the otherwise complicated resolution of segmental mobility restrictions caused by physical trauma. The approach happened accidentally when Parnall Bradbury had to manage an entire day full of patients on his own while his other colleagues called-in sick with flu. Bradbury decided to see all the patients, including those of his associates. He therefore had enough time to find only one significant mobility restriction per patient, adjust it and let them rest a while as he was seeing the others. To his amazement, he found that by the time of their next treatment session, the patients reported significant improvement in their symptoms, especially if they had had the upper cervical or pelvic base adjusted. This was the birth of the concept that single segment adjusting could be just as, if not more, effective than multiple adjustments within a session. Bradbury had trained at the BSO at the end of the Littlejohn era and attended a postgraduate study of Chiropractic where he became fascinated by the Palmer school of ‘hole-in-one’ adjustment of the upper cervical. He developed a system of diagnosis called ‘sinology’ in which he embodied Still’s principles and a selection of the ‘key segmental lesion’ after which he developed the concept of ‘positional lesions’. They consist in traumatically induced mobility restrictions affecting primarily the atypical areas of the spine which, when addressed with precision, reverse the force vectors held in the lesion and produce a resolution, which is not achieved by ordinary facet gapping maneuvers. Experimentations began and Parnall Bradbury joined forces with Dr Dudley Tee of King’s College Hospital to research blood chemistry to understand if there were indicators when positional adjustments had been made in contrast to ordinary mobilizations without a positional intention. They found that blood sugar levels rose after positional adjusting but not with ordinary mobilizations. There was a prolonged rise in adrenal levels and thus, it was clear that this was a sign of a more profound healing effect. Bradbury published the outcomes of his research and discussed the healing response in his book ‘Mechanics of healing’ in 1967. He would have continue experimenting with   adjustments in the lumbar spine and sacrum but his poor health and an untimely death prevented the research from going further. Tom Dummer who had previously joined Bradbury during his research, took the concept further and made it functional in its application while sill keeping the concept of specific adjustments with a positional intention in cases of traumatic lesions. 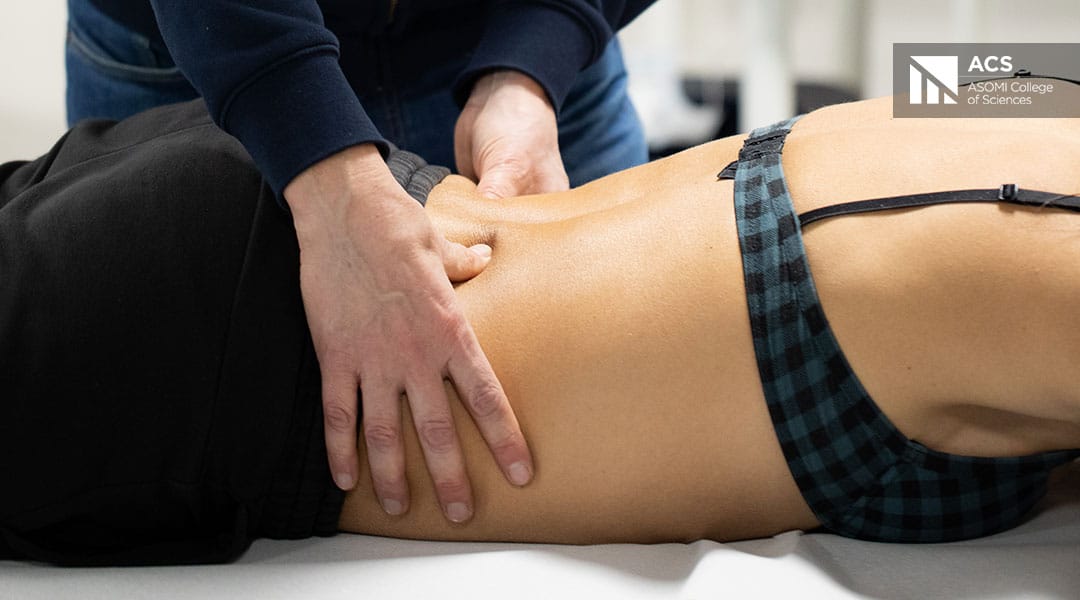 Tom developed a system of spinal mechanics based on Littlejohn’s   mechanics by integrating the concept of pivotal segments and relationship to the curves of the spine. His diagnostic routine was based on three functional unities the so-called Triunity Routine. He developed a mobility testing  system which enables the detection of key lesions in each unity.

The principle of SAT is taught to this day and is kept unchanged on the basis of the understanding and application of these early founders. The evidence of the efficacy of this technique is demonstrated daily by practitioners using these principles.

In broad terms, a SAT practitioner will assess spinal mechanics using the diagnostic triunity form and the Littlejohn mechanics viewed from the point of view of  pivot-curve relationship. An assessment is made for determining the presence of a positional lesion after that other segments related to the presentation are detected, and after which the order of the specific mobilizations is decided. The manner in which the mobilizations are made is of crucial importance to the success of the treatment outcome and requires the osteopath to take into account subtle factors that need to be held in the practitioners awareness at   the time of the mobilization. It is not so much about only one segment being released but, above all, how the release is being practiced. The best results are attained when it is clear to both practitioner and the body’s inner intelligence that the moment of the adjustment is of crucial importance.

The whole principle of SAT belongs to the minimal treatment model which, in other words, means that all treatment given to the body needs to be just enough to allow it to balance itself more effectively. It is a principle encapsulated in Still’s axiom ‘find it, fix it and leave it alone’. The key to the system is the approach to spinal mechanics and it relies on the understanding of the pivot-curve relationship.

SAT and the curves of the spine

In any anatomy text book you will find that the curves of the spine are based on where the cervical lordosis gives way to the thoracic kyphosis which yields into the lumbar lordosis and ends in the fixed curved sacrum. The anatomists agree  that these curves are respectively form C2 to T2, from T2 to T12 and from T12 to L5, and then the sacrum. Based on the concept that a pivot is the changeover from a backward bending curve to a forward bending curve to a backward bending one and then the sacrum; it would be fair to assume that the pivots are T2, T12 and L5 (with a further pivot being probably between Atlas and Axis). If this was exactly the case, then there would be no further debate. However, Littlejohn proposed a different understanding of pivots. There is of course a drawback in applying static mechanics to a moving structure but even so, there is a very practical way of establishing how the curves of the spine function and how close the  pivotal segments match the Littlejohn model.

Let’s begin by asking where the neck ends and the thoracic cage begins. Remember   that the neck is fairly free to move and the thorax is relatively stabilized by the ribcage.

Well, even a child would say that the neck ends at C7 on T1. Now right as  that is, it does not satisfy the mobility test since the real question we are asking is where exactly does neck mobility change into the lesser mobility of the thorax. The osteopaths know that the C7 vertebra is way less mobile than the C6. In fact, it belongs to the thoracic vertebral column since it is a transitional vertebra and thus not meant to move as the lower cervicals do. Therefore, we could agree that neck mobility ends  at the C6/C7 articulation. Littlejohn suggests C5 as the pivot between upper neck function and everything below. He has his reasons based on facet angles and the inferring change of function. From the SAT point of view, long practice shows us that,  sometimes it is C5 and other times C6 that act as the pivotal change of function.